Built in 1924, the century-old wooden schooner Pilot floating alongside Pier 6 from April to October, delivers daytime libation lovers and delicate oyster-slurping aficionados in New York's hippest zip code and hottest borough, the chance to catch a buoyant buzz while overlooking the Brooklyn Bridge, Manhattan Financial District, Governors Island  and the grandiose Statue of Liberty in the distance.

However, Pilot was not always anchored by a frontmost marble oyster bar and spirits bar to the stern, nor was there an inviting yellow and white awning adorning the center wraparound bar. Prior to the vintage vessel's shipyard rescue and restoration, the two-masted maritime marvel masterfully crafted by W. Starling Burgess and built in Massachusetts by J.F. James and Sons Shipyard, sailed the seas twice over, served as a research vessel, and as a ferry for World War II soldiers.

Initially commissioned by an American syndicate to compete against the fastest racing watercrafts in the world, Boston Harbor Pilotage ended up purchasing, and putting the 147-footer into service for over fifty years. To her credit,  remarkably she became the country's longest-serving pilot ship in American history and still retains 75 percent of her original fabric. 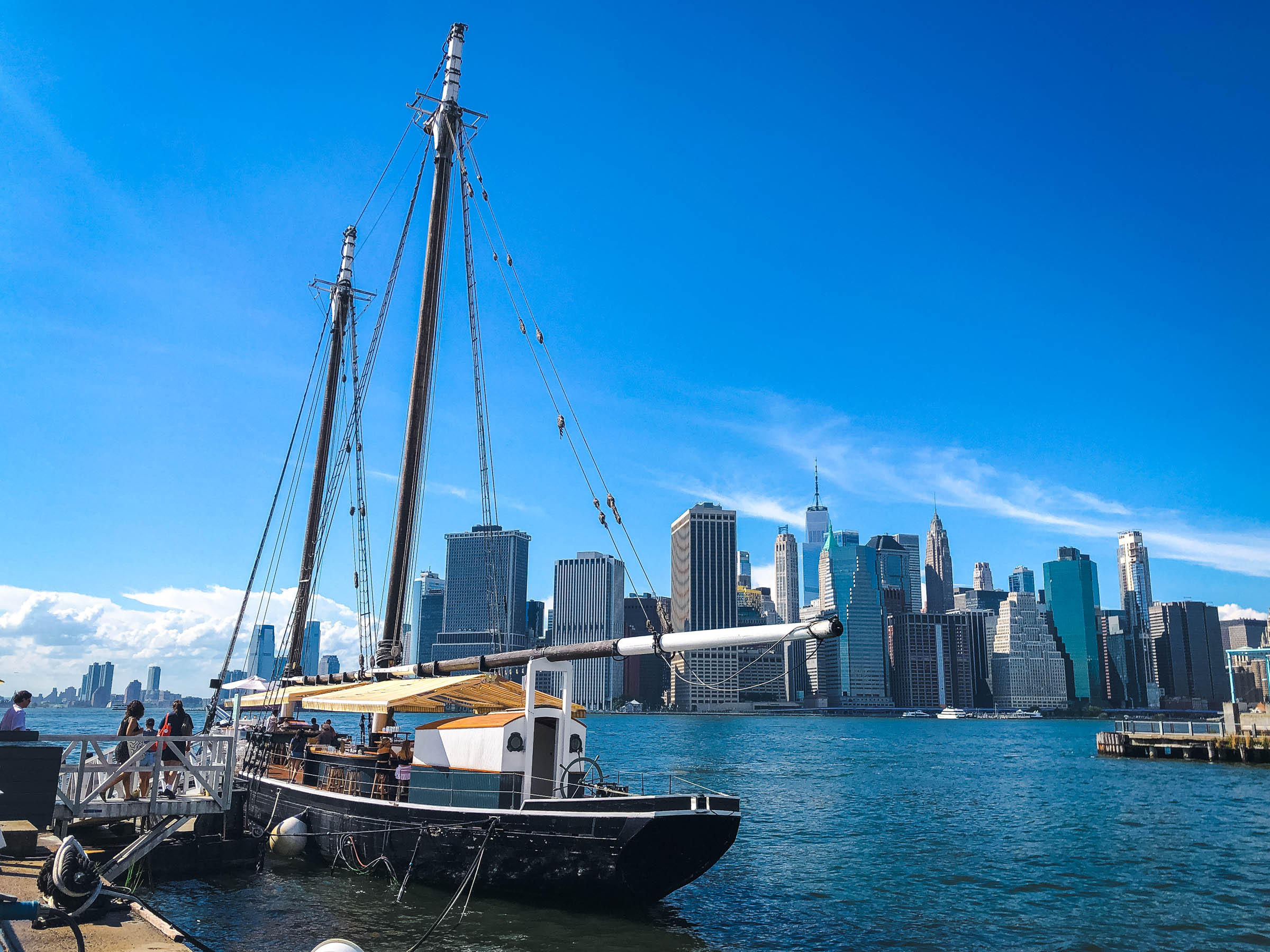 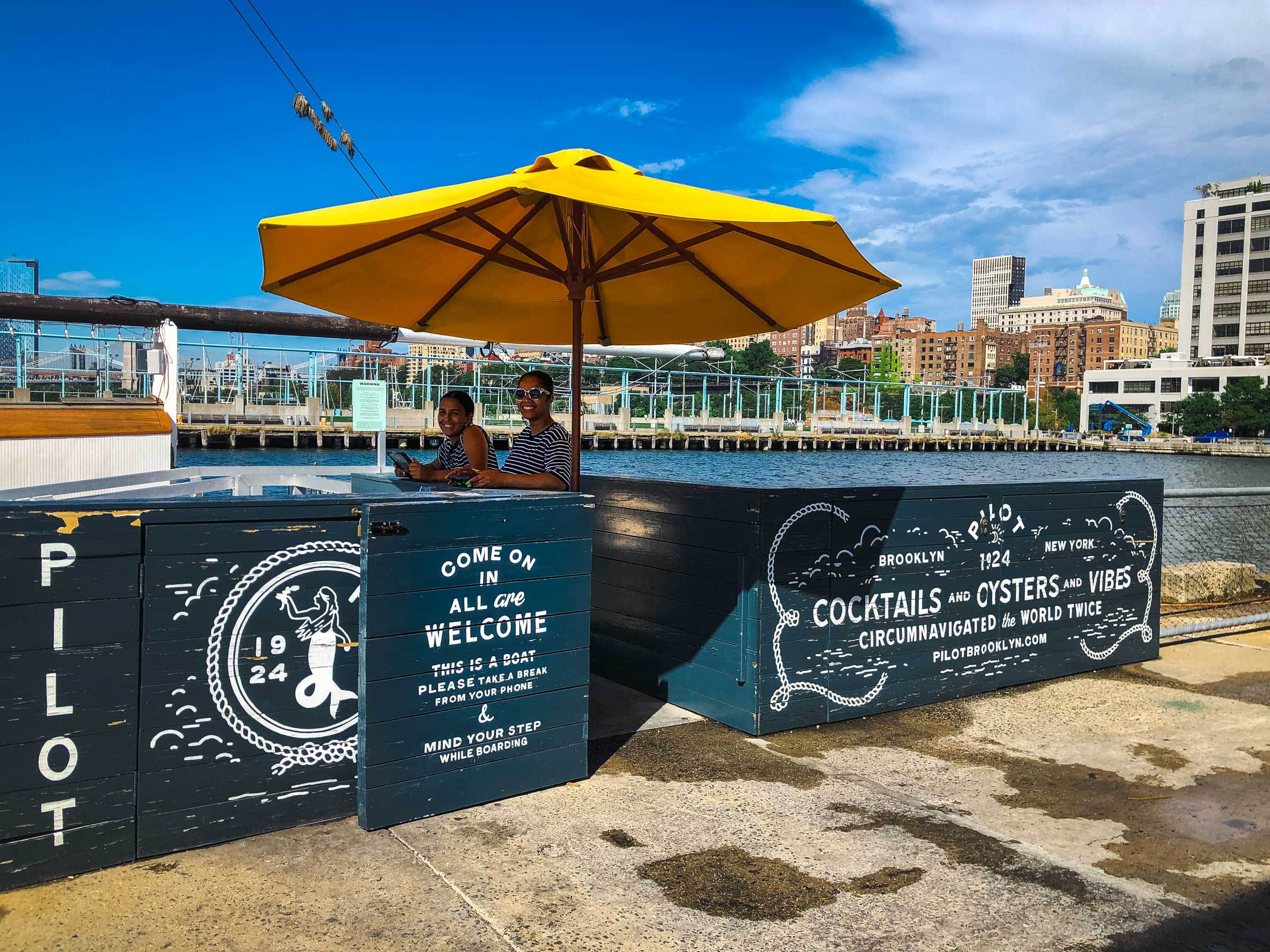 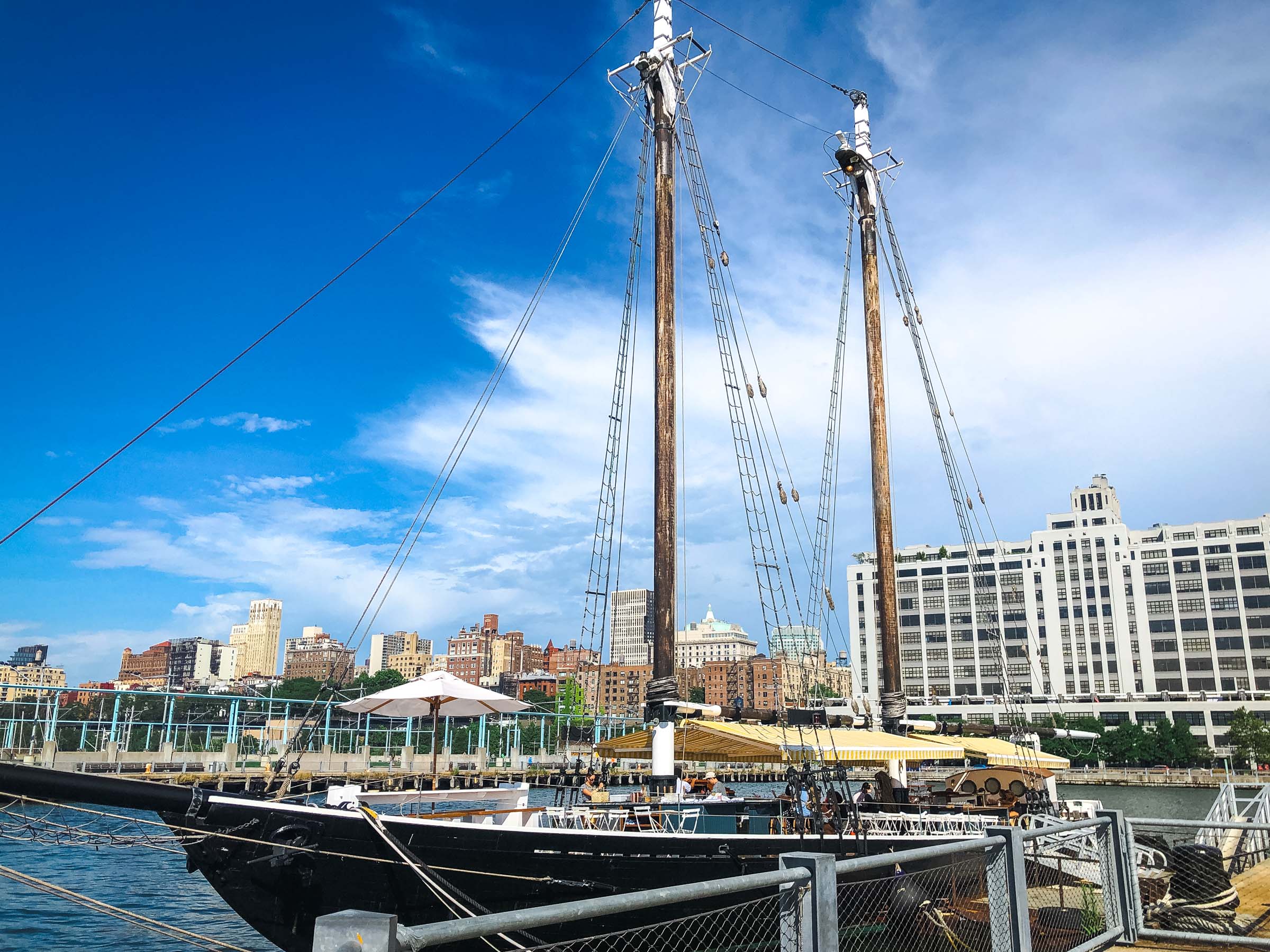 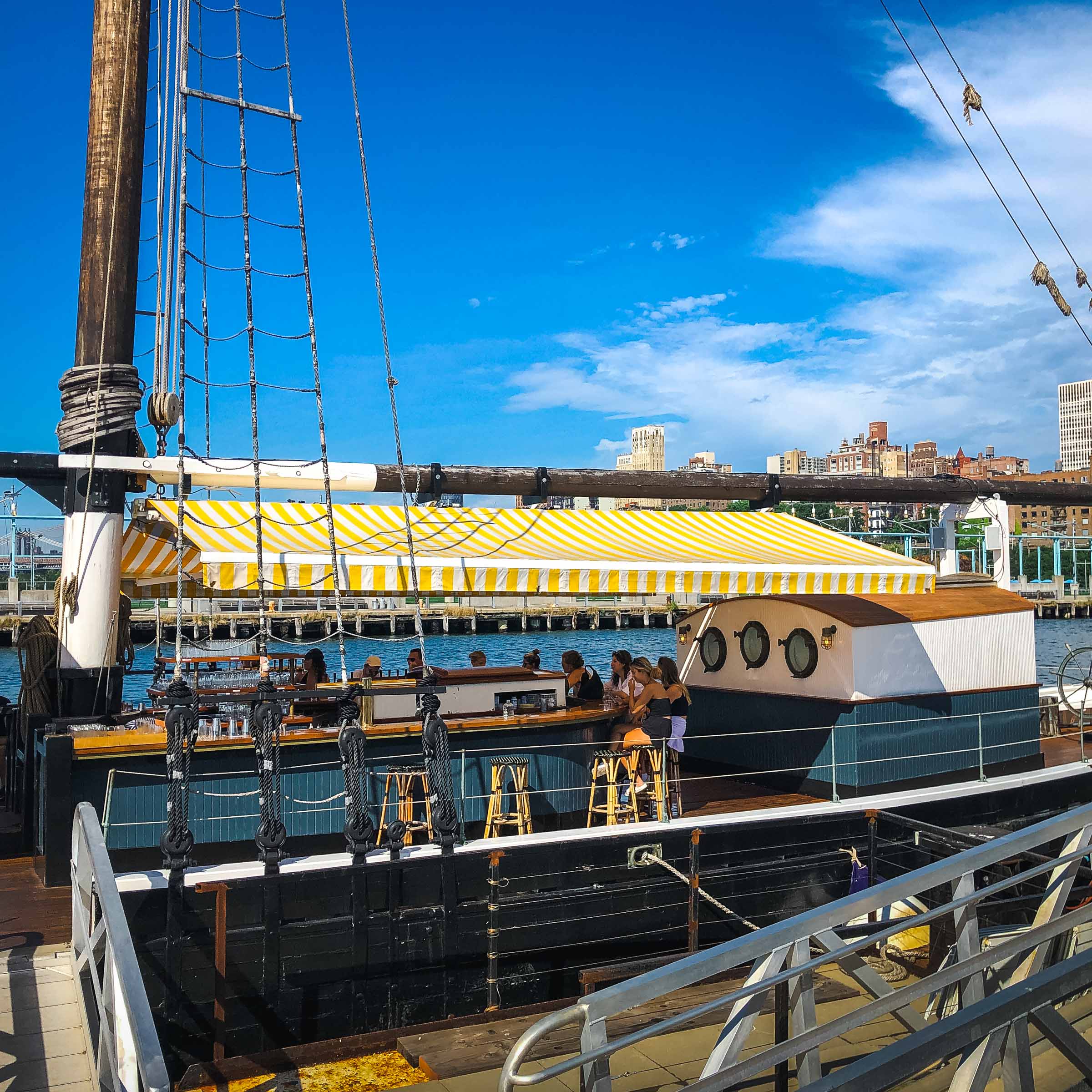 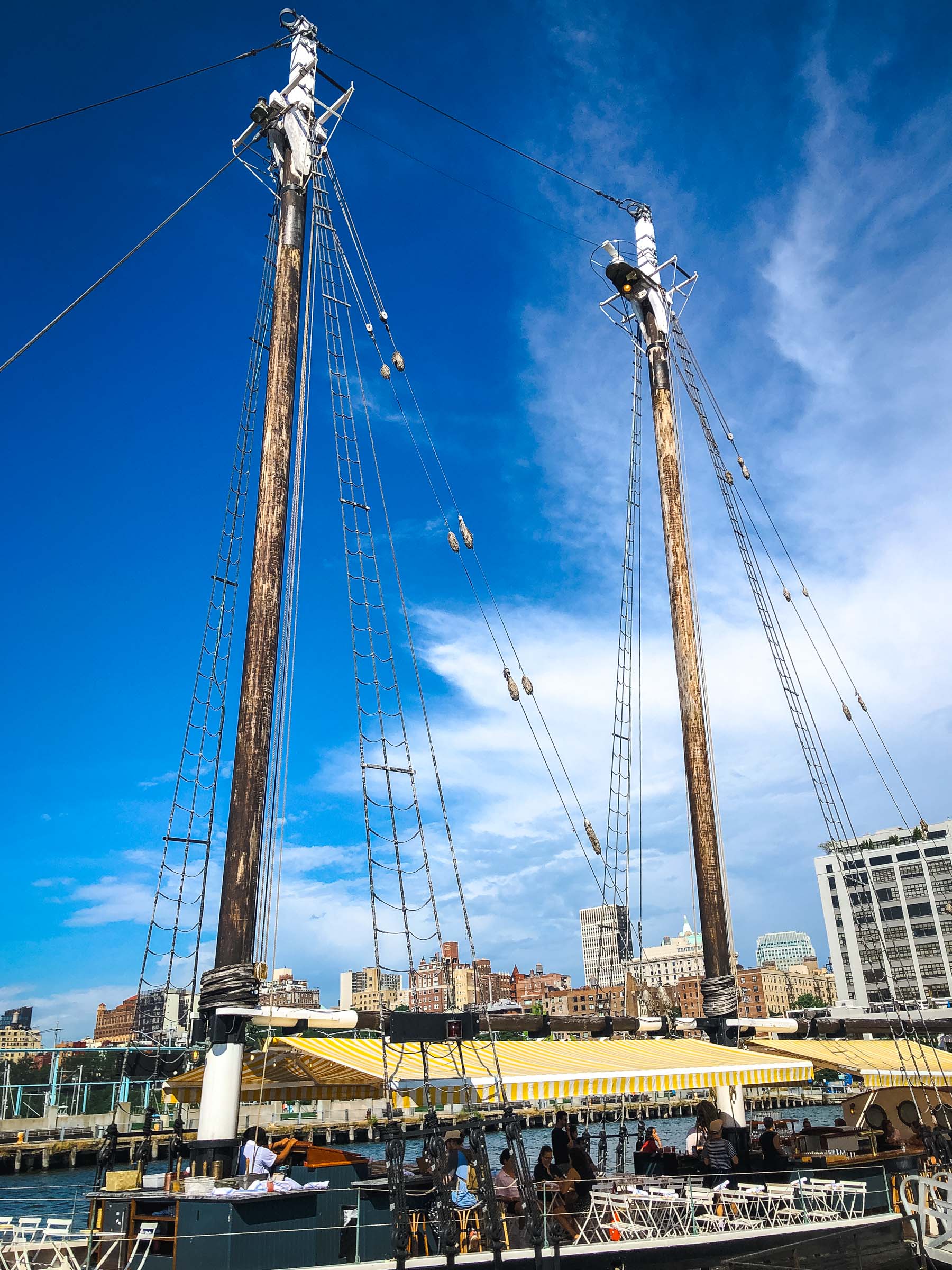 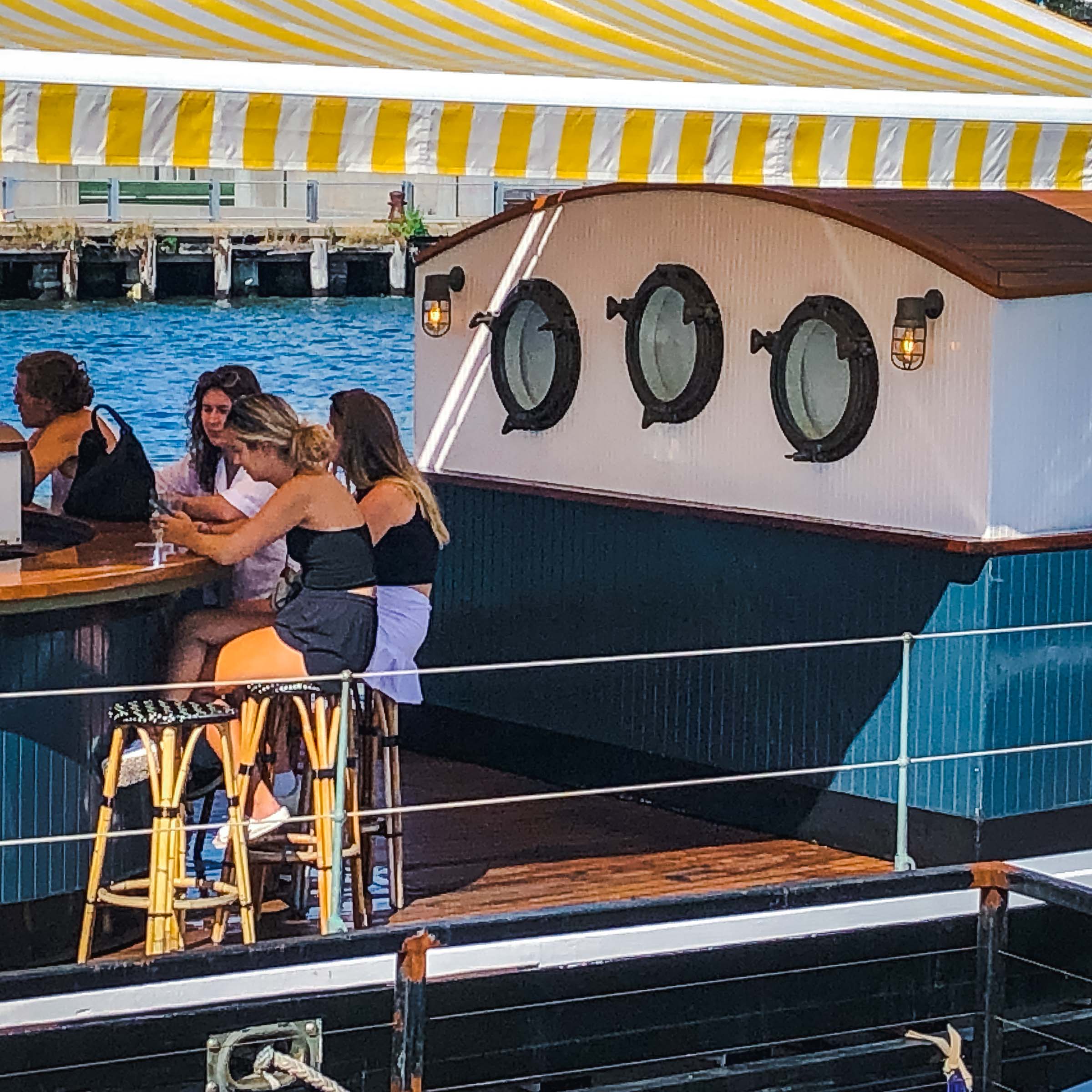 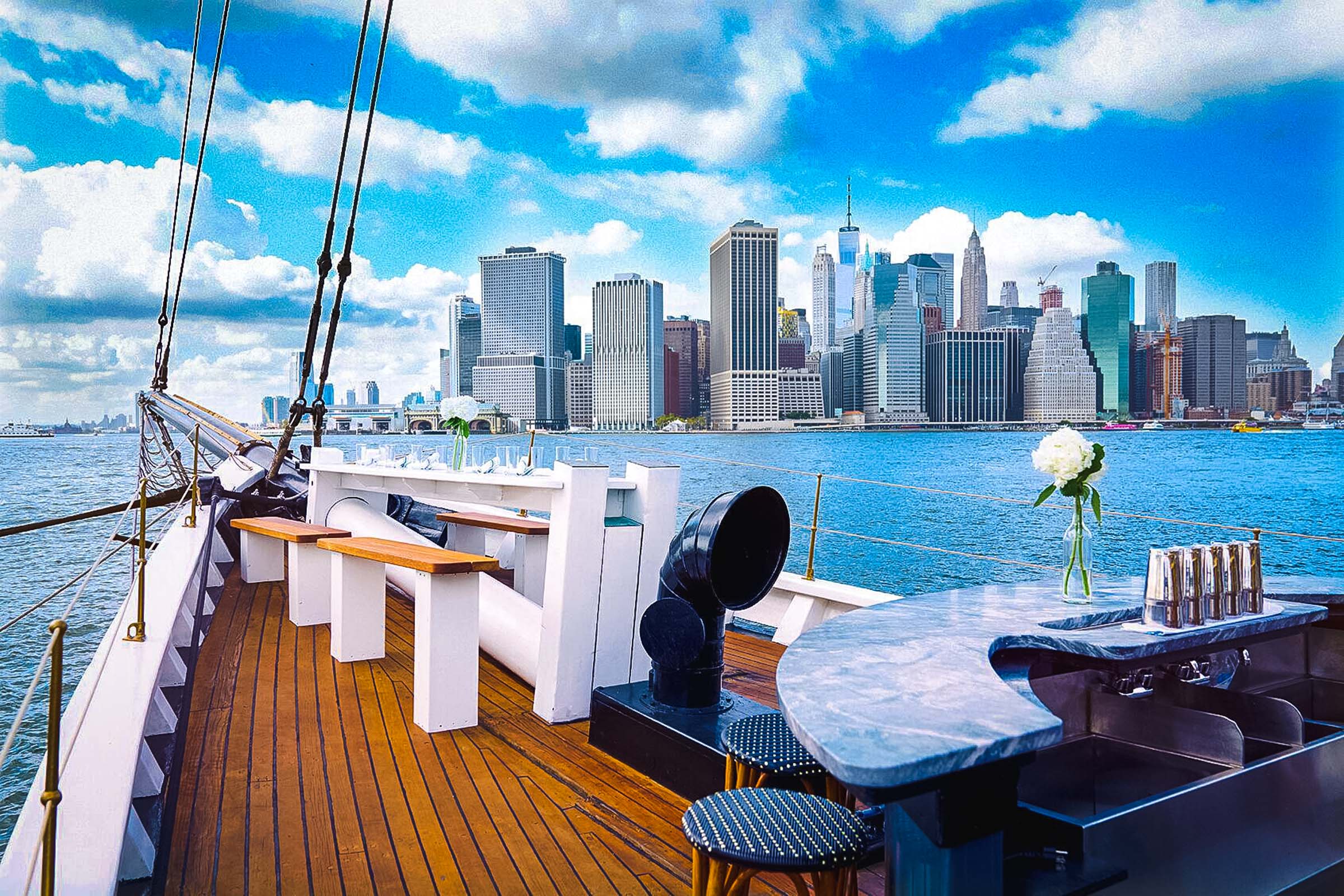 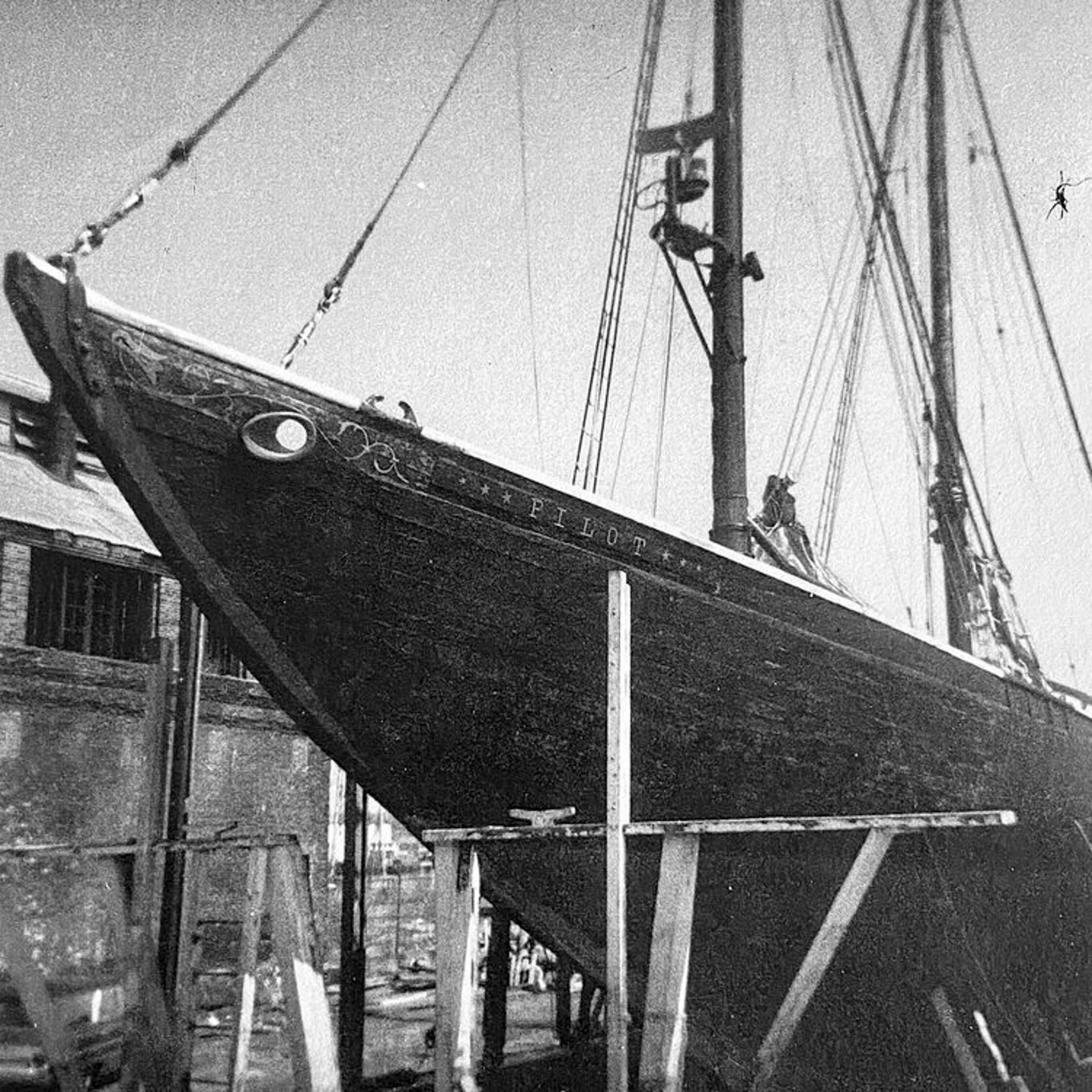 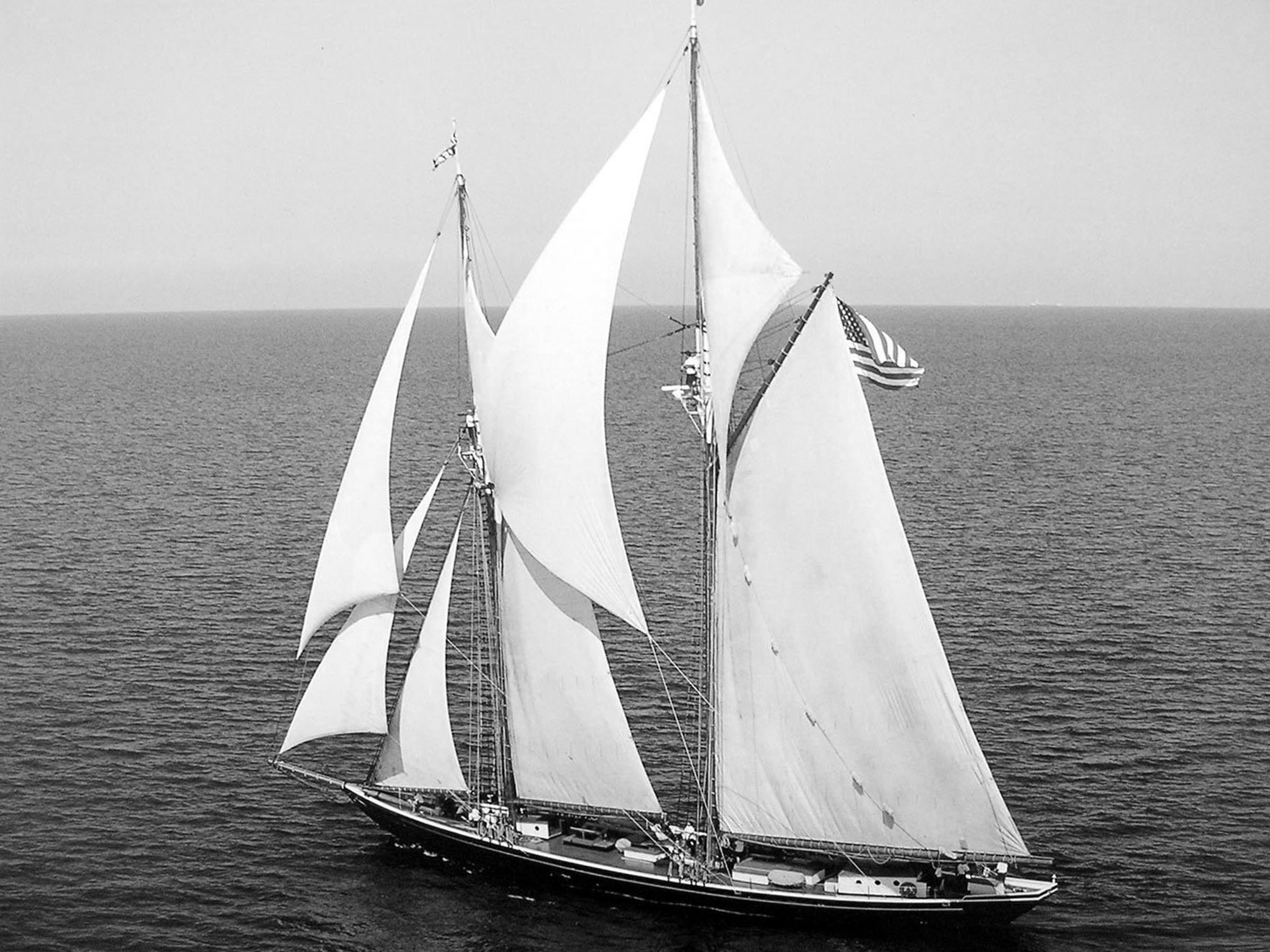 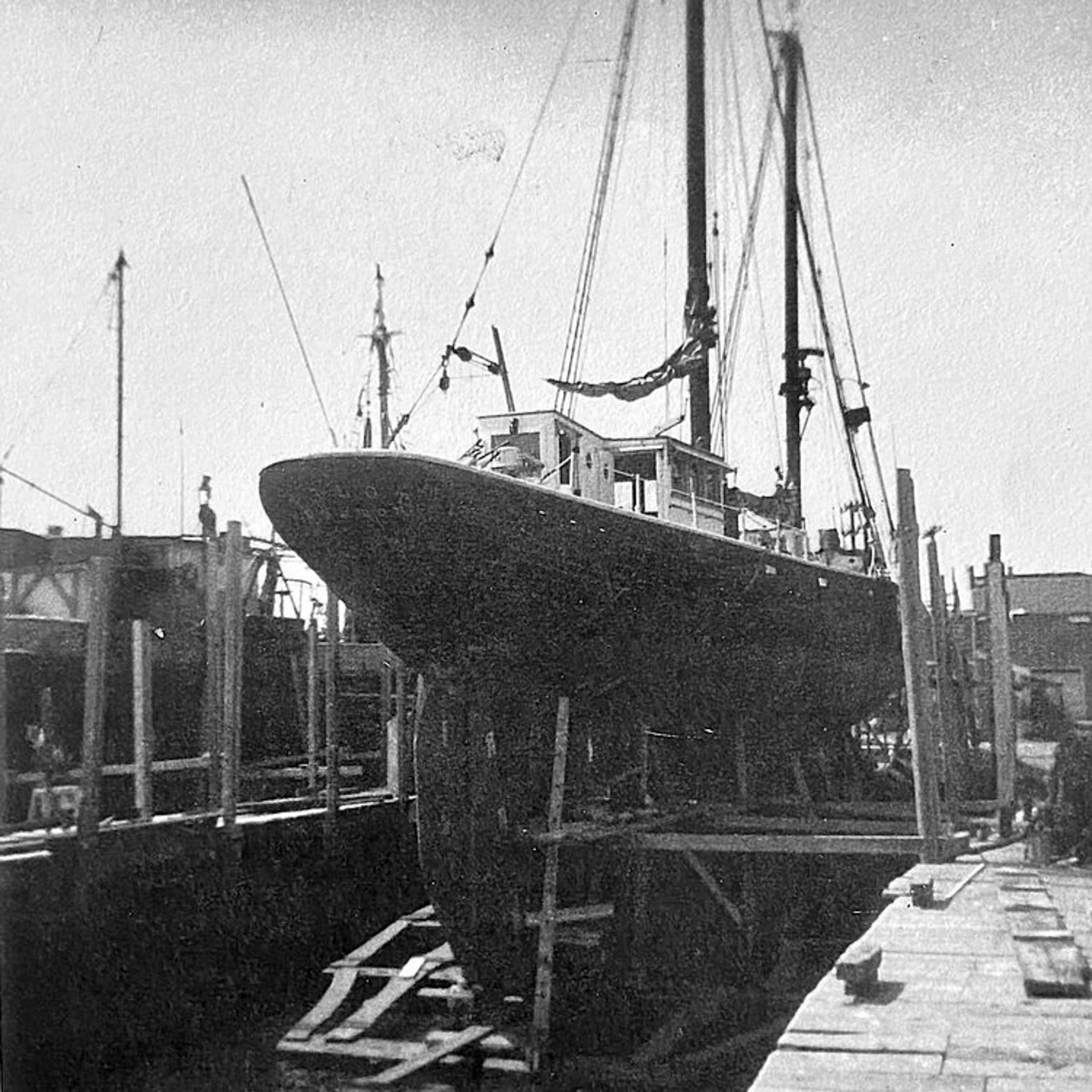 Today, the prime real estate vessel-turned-venue provides the same vibe, just with a different view, from its successful sistership, docked in Tribeca at Pier 25 on the Hudson River. Grand Banks, as it's called, was actually the vintage codfish schooner Sherman Zwicker. Each of the seasonal floating pearls cultivated around the ever-changing tranquil to tumultuous tides serves as a reminder that: Brooklyn is bordered by water, the Big Apple is an island... and both offer much to explore and experience when stepping out of their chaotic center cores.

The divine "drink, dine and unwind on the water" design concept comes courtesy of Alex and Miles Pincus, the lifelong sailing brothers behind the imaginative maritime-inspired hospitality company, which also includes the 32,000-square-foot Island Oyster bar and beer garden on Governors Island.

Sharing a passion for old boats and cold mollusks – the Pincus Brothers are bringing seaside shellfish back! The pair draw their inspiration from centuries past when frolicking along the wharves spilled onto the barges filled with frothy beer and fresh shucked oysters. Albeit an upscale revival, the same  half-shell oysters garnished with a few squeezes from that accompanying lemon wedge, are still being gulped up the same way today.

Connoisseurs usually choose to pair their sustainably harvested summer favorite with beer, champagne or a classic Chablis, due to the fact, limestone soil from the region was found to contain oyster shells. And while expert eaters tend to down them like a Clase Azul Reposado tequila shot, chewing is recommended to  bring out the sweetness in the meat and savor the salty beach flavor. Other customer favorites from Pilot's precise menu catering to the seafood crowd include: its signature New American  Brooklyn cuisine soft shell crab po-boy, lobster rolls and scallop ceviche.

Time spent on Pilot provides a double buzz, not only from your permanent vacation or captain courageous cocktail that you cradle, but the peripheral buzz unfolding around the energetic harbor and boardwalk overflowing with bikers, dog walkers, people watchers and picnickers lazing among the lush flower-laden landscape. 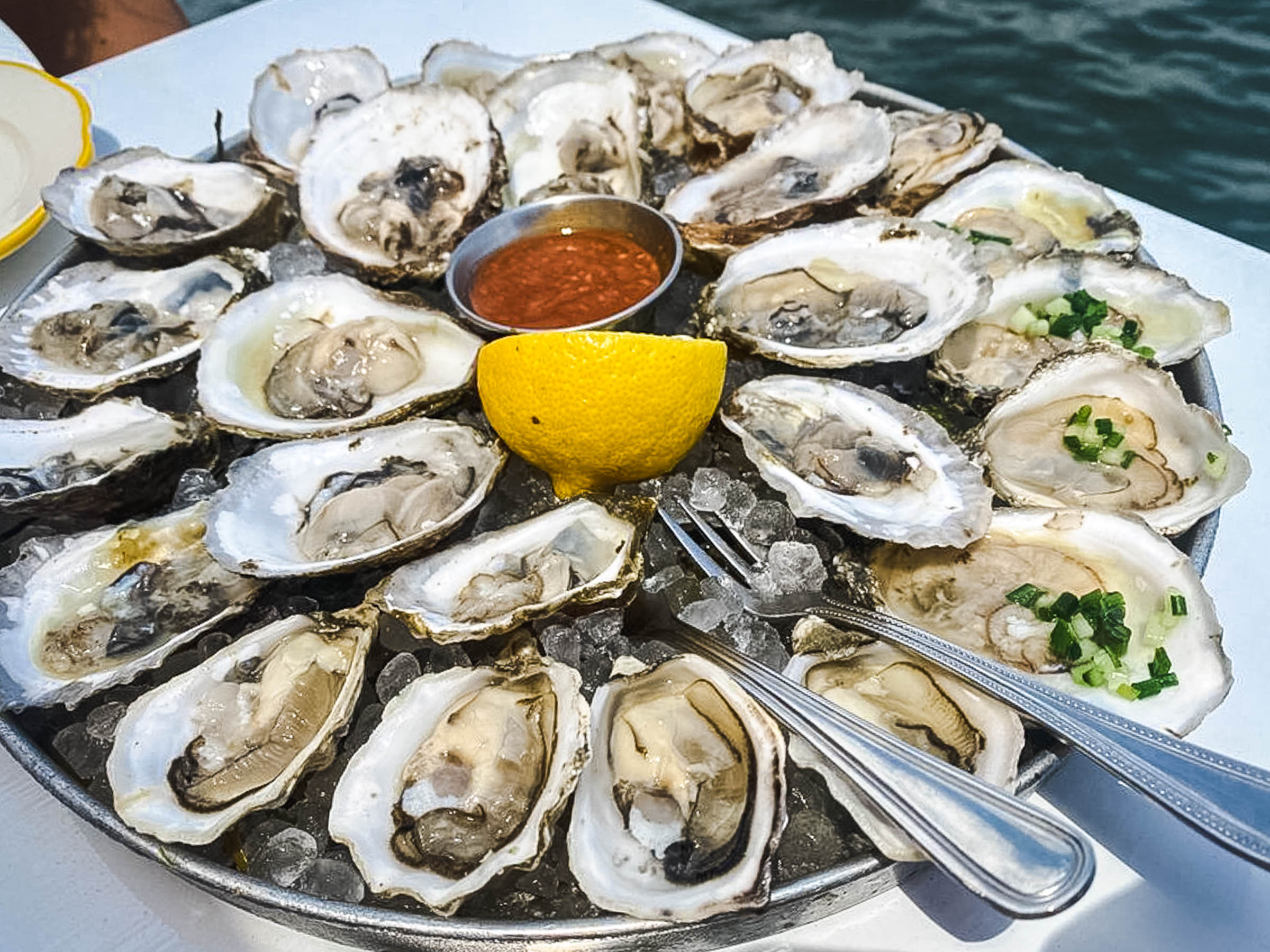 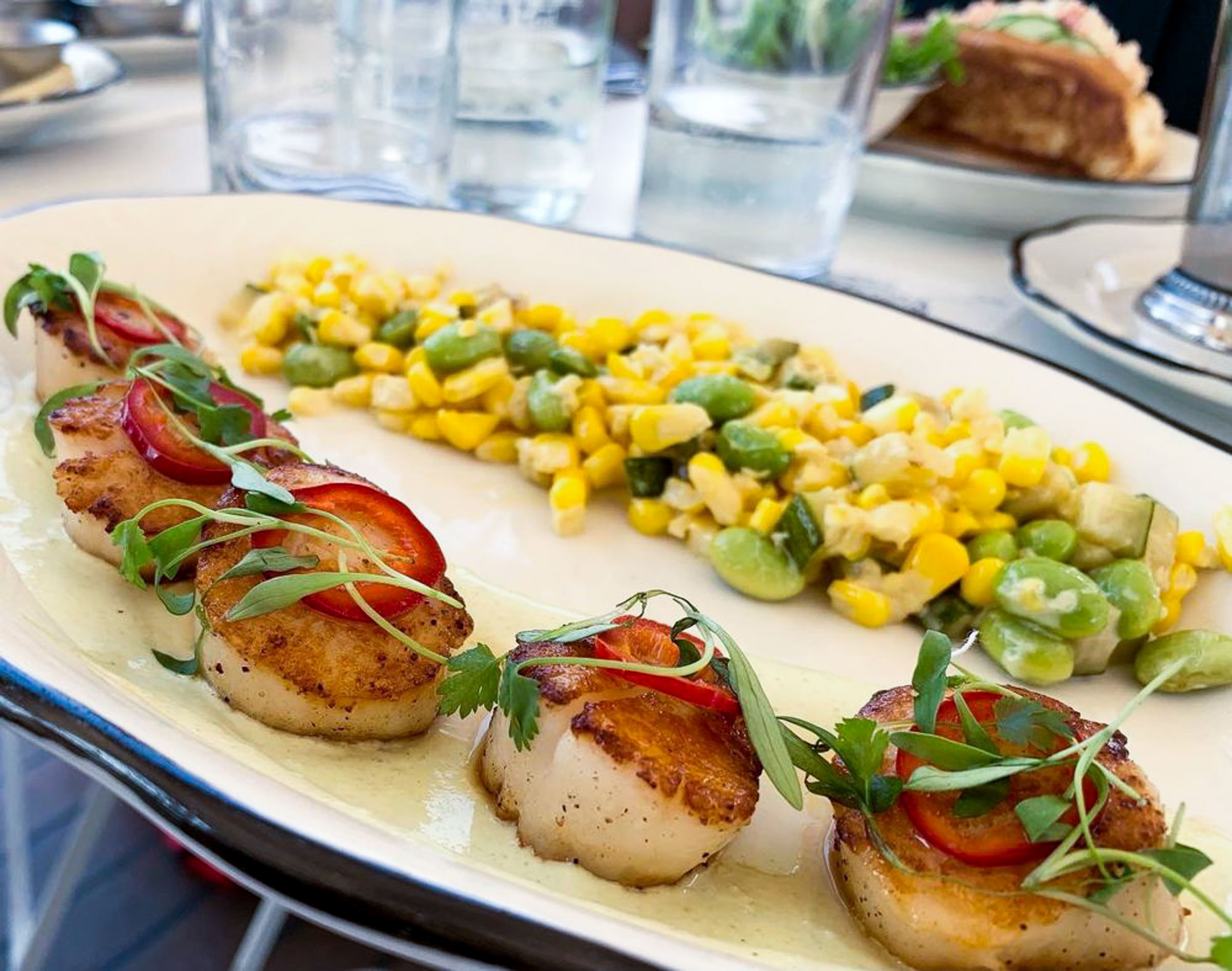 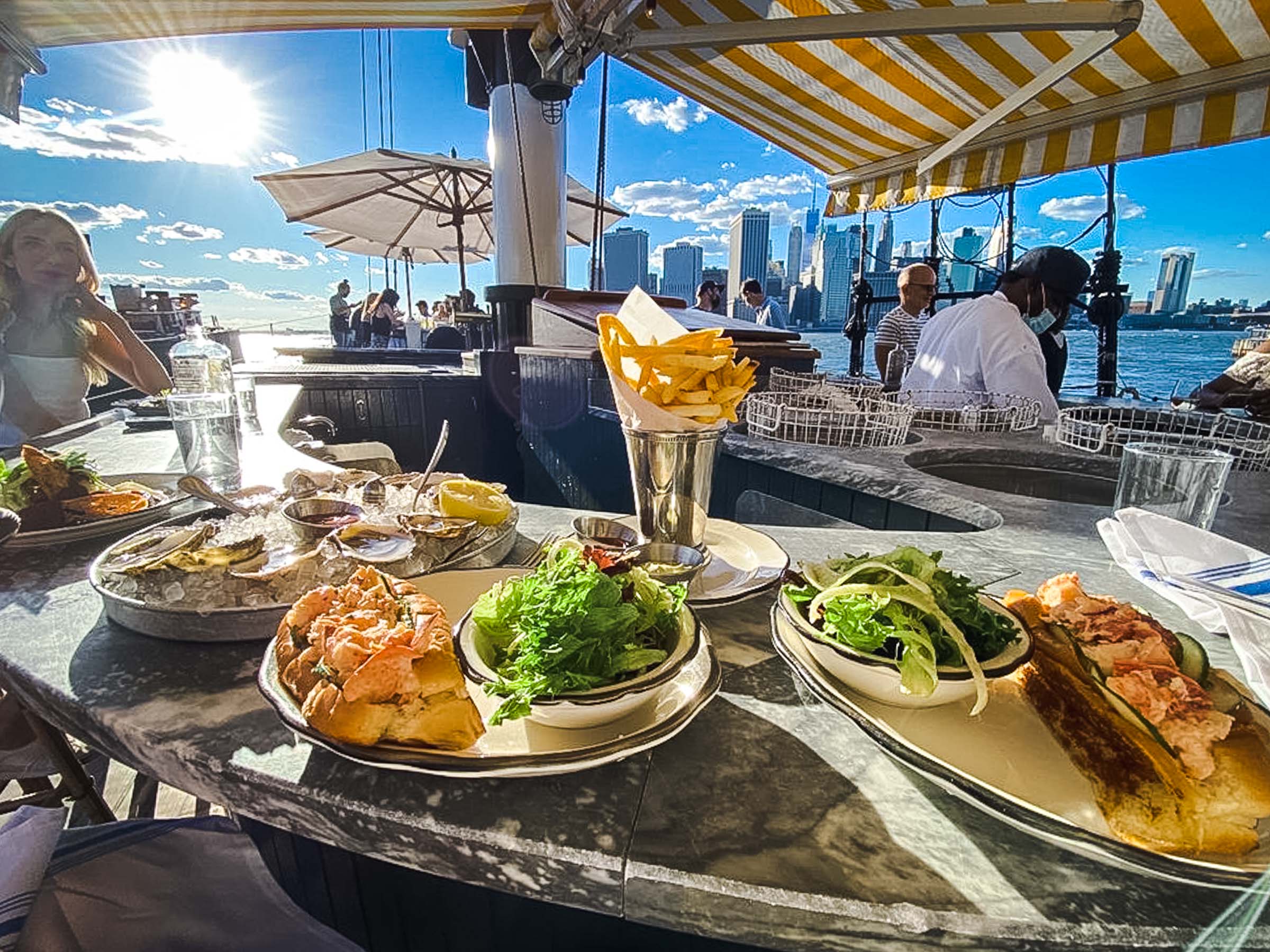 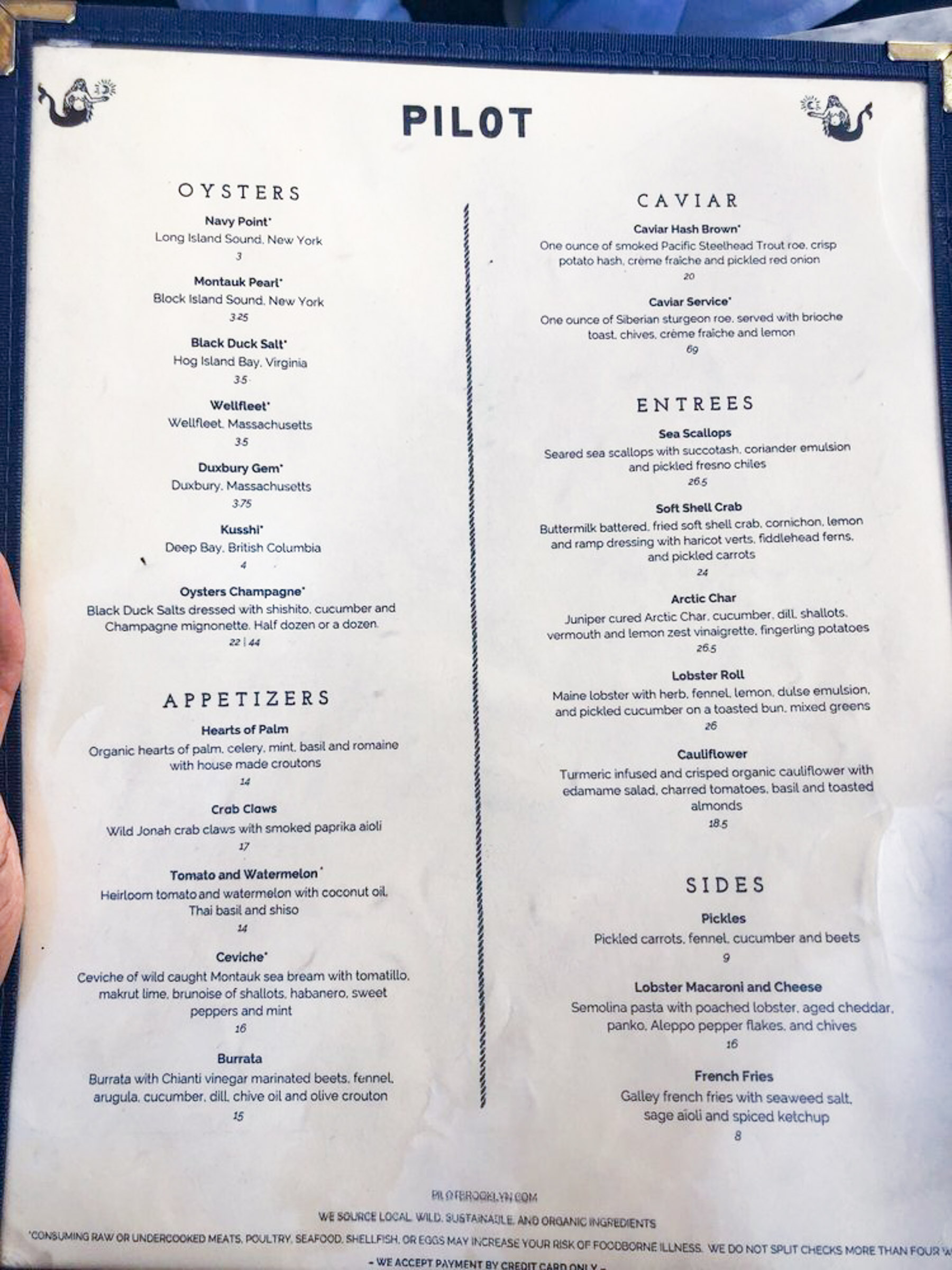 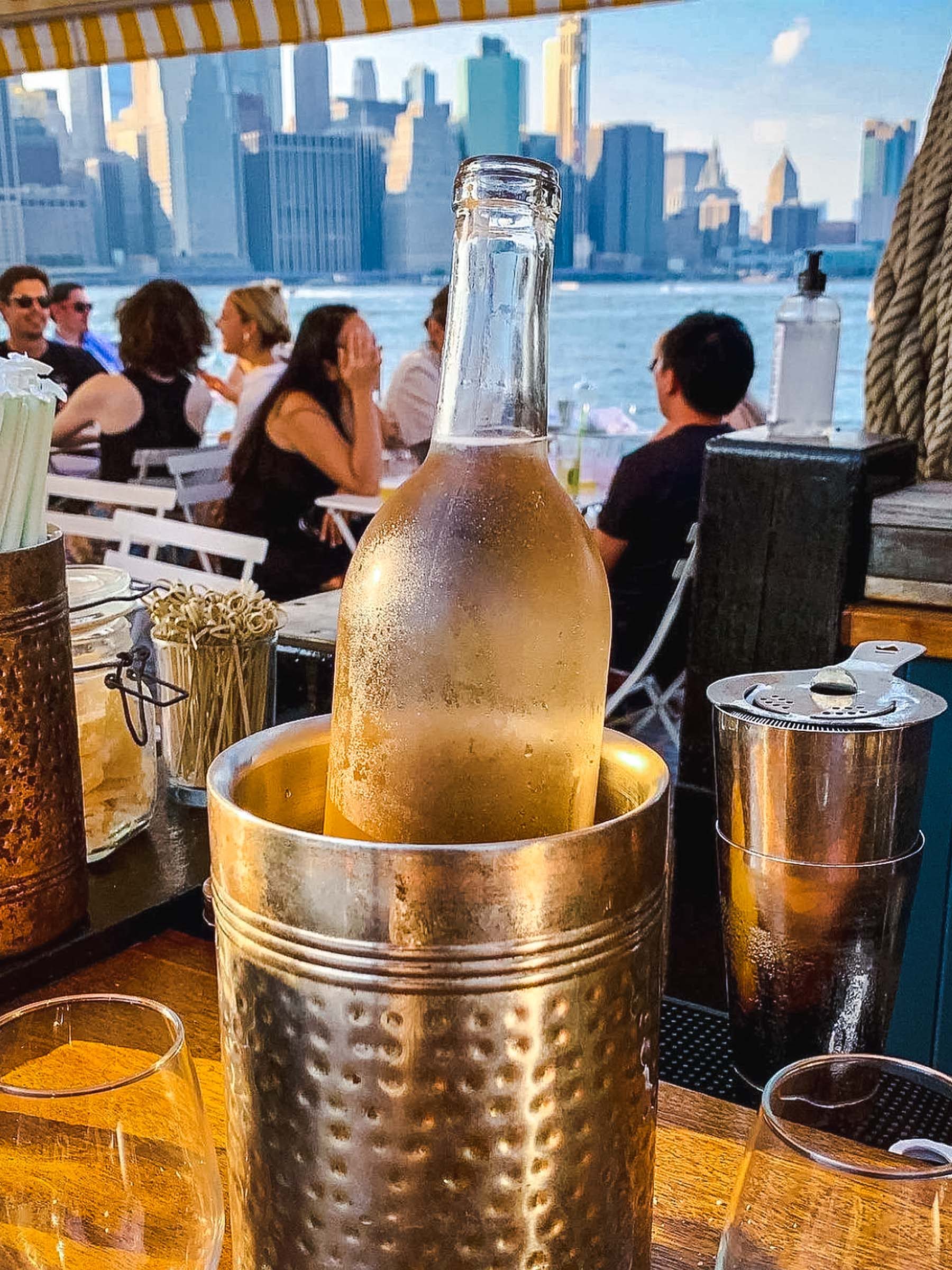 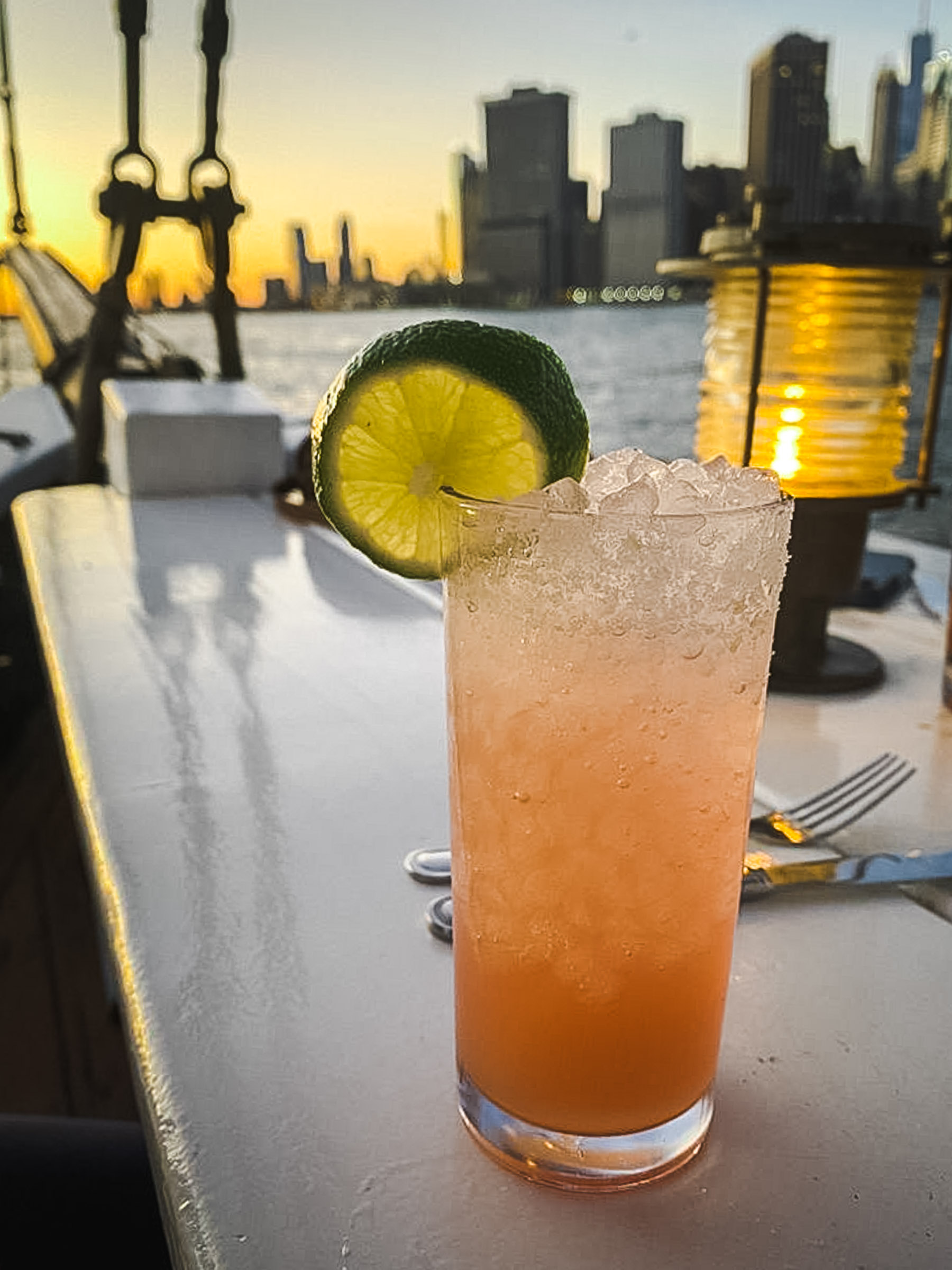 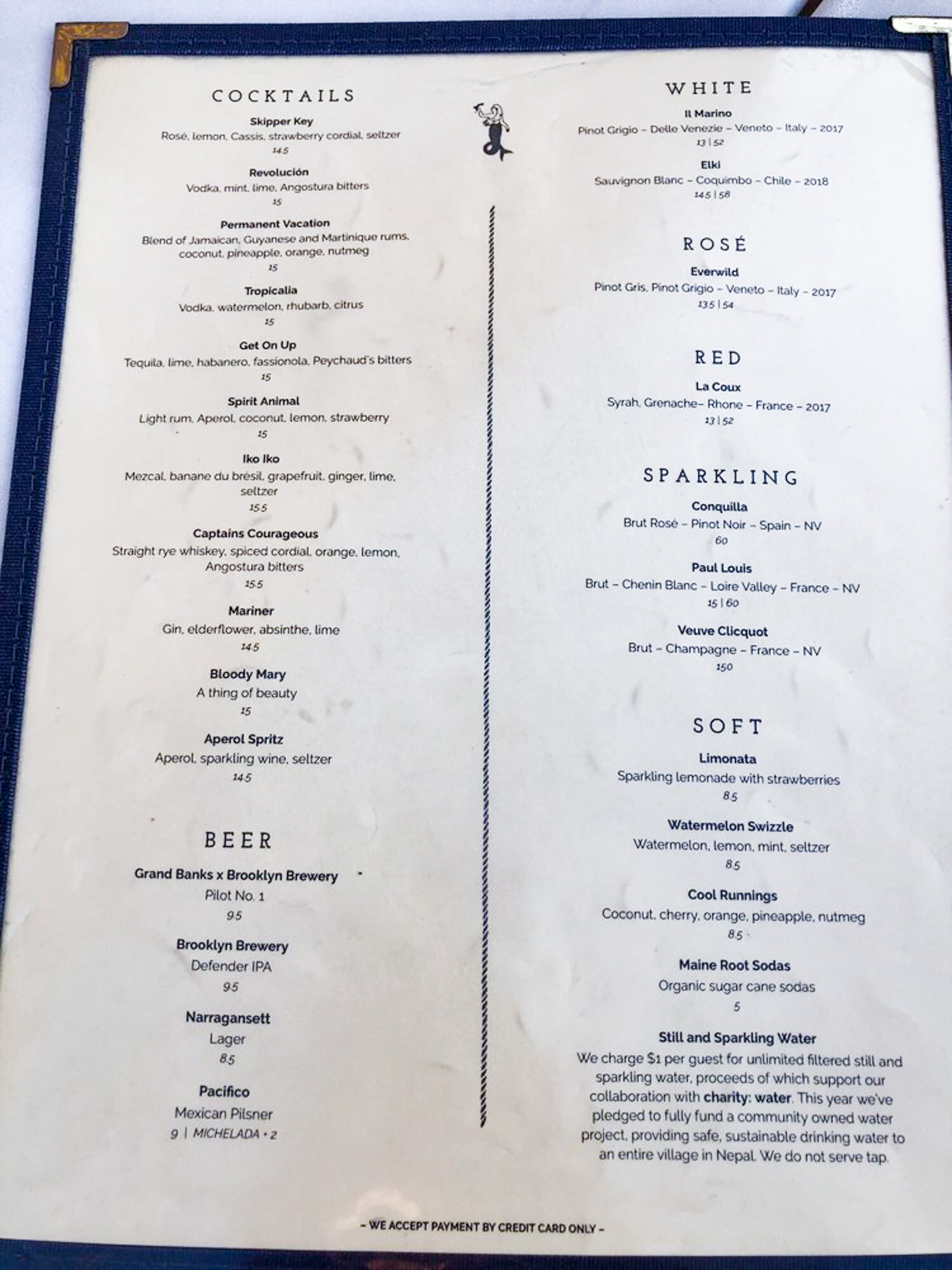 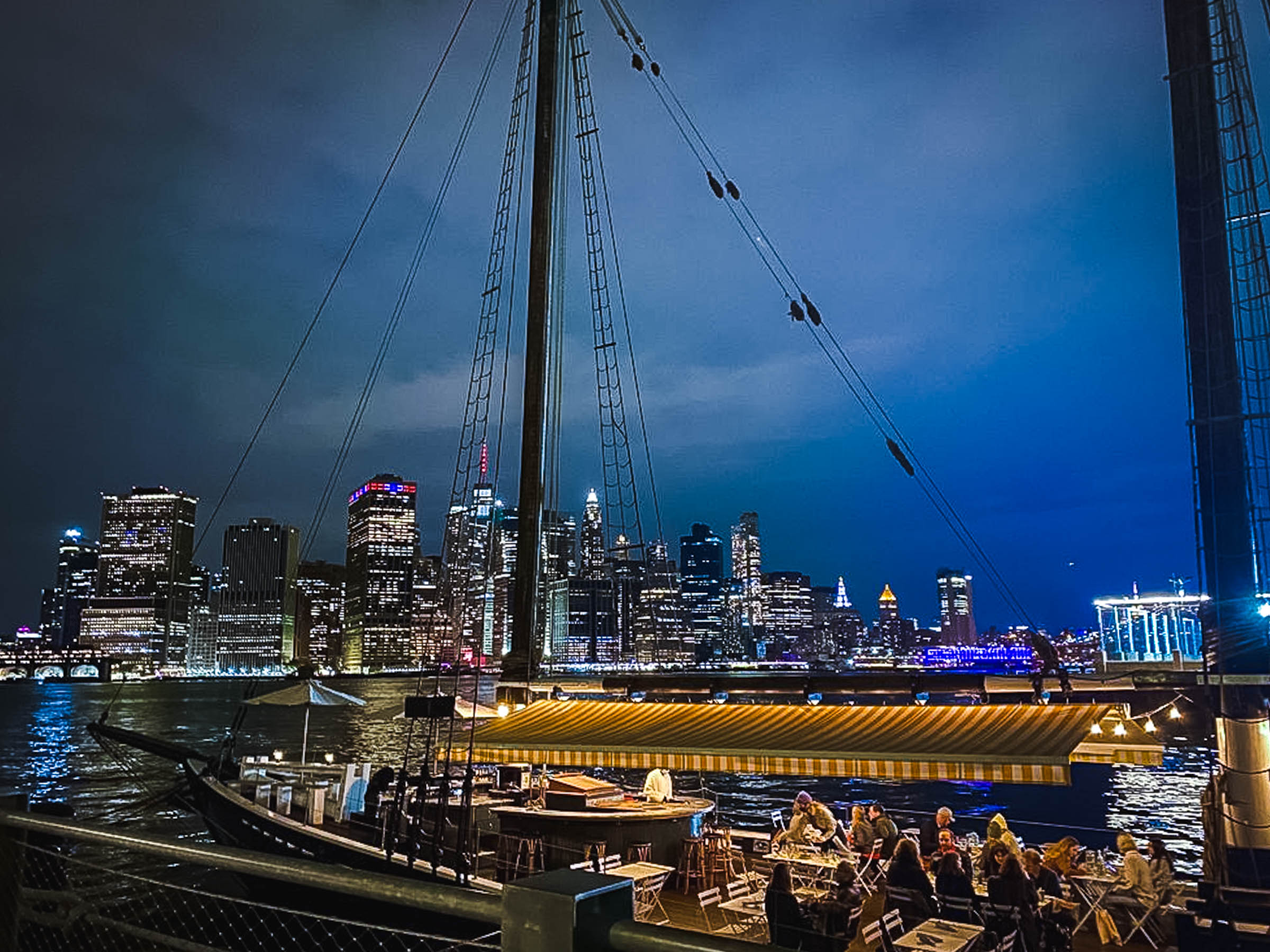